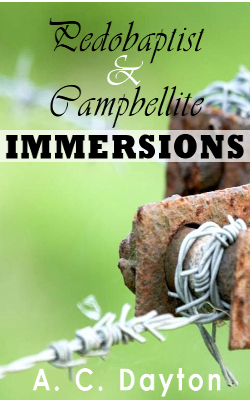 Does authority matter when it comes to Scriptural baptism, or is it sufficient that the candidate's motives are sincere and the mode is correct? Dayton addresses a divide within Baptist churches in the 19th century, where many of the northern churches were accepting immersions as valid that were performed by pedobaptist or Campbellite (now commonly known as the Church of Christ denomination) societies. Dayton answers the arguments presented by some of the leading theologians at the time who were advocating for the acceptance of pedobaptist ministers preaching in Baptist pulpits and immersions from non-Baptist churches. A thought-provoking analysis on authority in baptism.